A simple activity to increase voice and choice in your classroom

A simple activity to increase voice and choice in your classroom 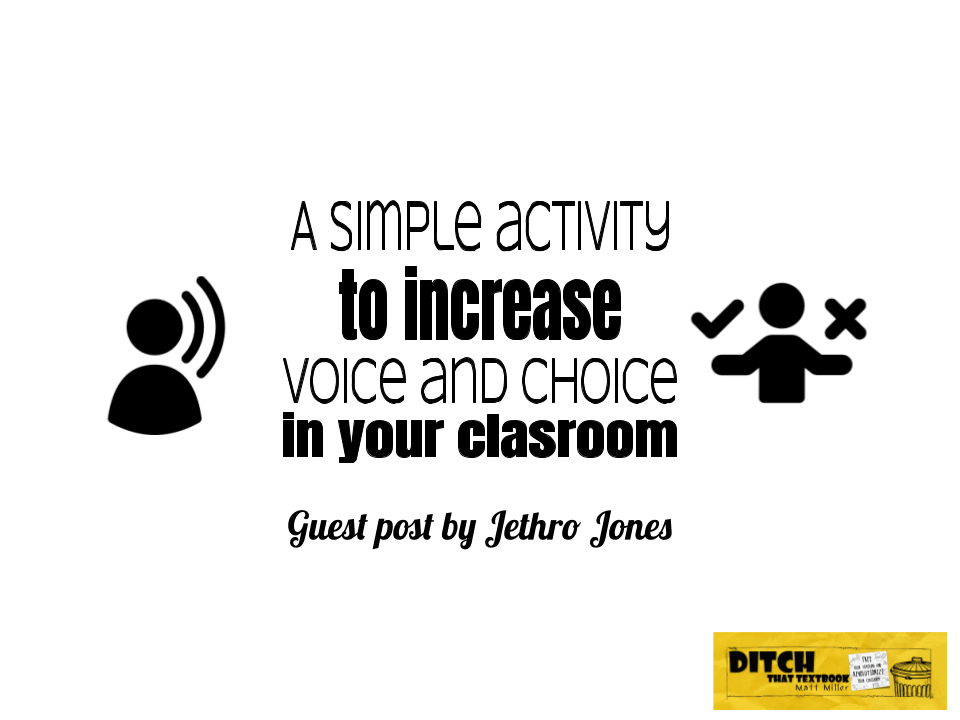 This post is written by Jethro Jones, a Middle School Principal in Fairbanks, Alaska. Jethro is the host of the Transformative Principal podcast. You can connect with Jethro on Twitter @jethrojones and through his student-driven learning professional interest community.

In my consulting work, I help schools move to a student driven model. Some people call it personalized learning, Katie Martin calls it Learner Centered Innovation. I call it student directed, because I know how powerful it is when students direct the learning themselves.

They often exceed our expectations for them.

I help schools see that there are five stages to being student driven, as shown in the graphic below. Stage 1 is about increasing voice and choice in your school. Many schools are already doing this, but I bet there is somewhere you can go a little deeper.

A simple way to increase voice and choice

For this exercise, it works best if you look at the directions that someone else is giving, rather than your own assignment, to be able to see it fresh, from a student perspective. In your school, look at the assignments or tasks given to students. Let's dive in and see how much autonomy students have in completing them?.

Take any one assignment or task and ask yourself the following questions about that assignment as if you were a student:

If the answer to the first question is no, then it means the assignment is giving kids voice. The answer to the other two questions should be yes to see evidence of student choice and voice.

Examples of voice and choice from real classrooms

I saw these two tweets the other day, and they were very powerful.

At Amy Fast’s school in McMinnville, Oregon, a teacher gave up a lot of control to the students, and this was the result:

One student’s response when his teacher got rid of the traditional grading system and moved instead to a constant feedback loop about growth, proficiency, and drive to learn. pic.twitter.com/WbKGXw33kl

You see, this teacher is already doing stage 1.

If he changed nothing else about his class, but just changed the feedback, he would be giving kids voice and choice like they have never had before.

Then Will Richardson tweeted this:

My advice to you is to focus on the experience. In other words, it’s about doing the work, not about getting a better grade.

My own success story

I am teaching early morning seminary to a bunch of high school students before school this year. I really love it.

One of my students had been tardy almost every single day. His parents and I have tried to help him understand that he needs to be there on time.

All our persuasion and coaxing got us the result of, wait for it, him being tardy every day, usually by 15-30 minutes.

His parents said they were exhausted from arguing and cajoling, and were just happy he was at least going!

I sat down with him and asked him about the kind of person he wants to be when he grows up. I focused on an end goal that truly, only he could impact.

I asked him how he could develop those qualities. He gave some examples which included coming to class on time.

He then said, ”I guess it’s up to me if I come on time or not!” I agreed with him and asked him what he would do when his cousin tried to make him late (as was often the case).

He recognized that his punctuality was important to him and he was the only one who could truly control when he got to class. We left the conversation with him agreeing to make an effort.

When I made it about him, and not about me, when he could put his own voice into the situation, guess what he did for the first time all year, the very next day?

He showed up on time.

Will he show up on time every day? I don’t even care! He showed that he could do it when he wanted to.

When he was the one making the choice, he made the effort to get there on time.

Go back to that question I asked earlier.

Are you giving students choice in product (what they create), presentation (what their evidence of learning is), or purpose (why they are learning something)?

Using the exercise above, you can find a way to make this happen in your school more often.

If you want more information about student driven learning, head over to my website studentdrivenlearning.net 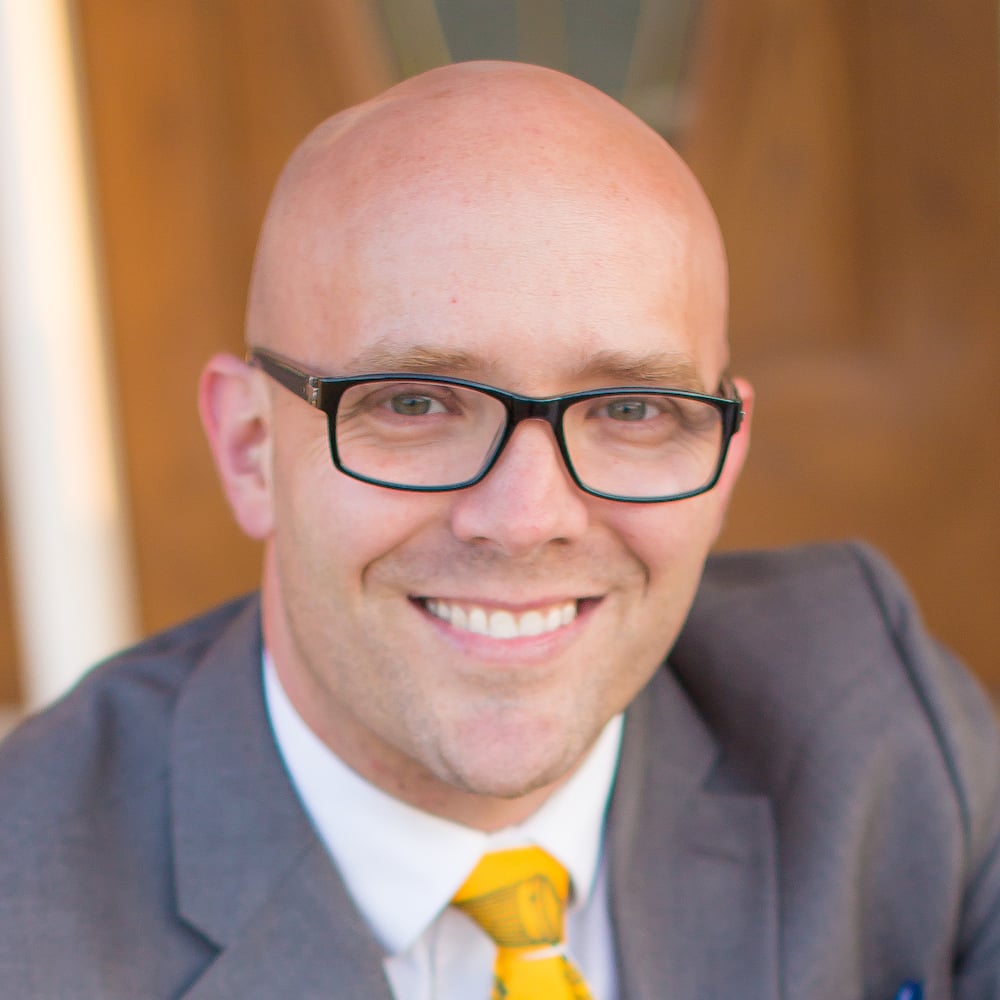 8 time-saving tips to be a more efficient administrator

Fun formative assessment: 12 easy, no-tech ideas you can use tomorrow

4 inclusive practice strategies for any classroom