Students are capable of producing professional quality video anymore, but basic technology can turn students in any class into storytellers. (Public domain photo via Pixabay.com)

Anyone can tell stories. They’re powerful and compelling. It’s how humankind has passed information down from generation to generation.

But what will catch your eye is the Mobile Storyteller bus. It’s a shiny, white vehicle that houses state-of-the-art video production equipment that can be used on the go. It was purchased with a $95,000 national service learning grant to encourage service learning projects.

These students have an advantage with all the finest tools at their disposal. But you don’t need fancy tools to tell stories like these, said Tom Wilson, coordinator of district media and video production instructor. It can be done in your own classroom without buying expensive equipment. In fact, you can add powerful storytelling to your classroom with technology you and your students likely already have. (Much more about that and some practical tips in a moment.)

From meager to extraordinary 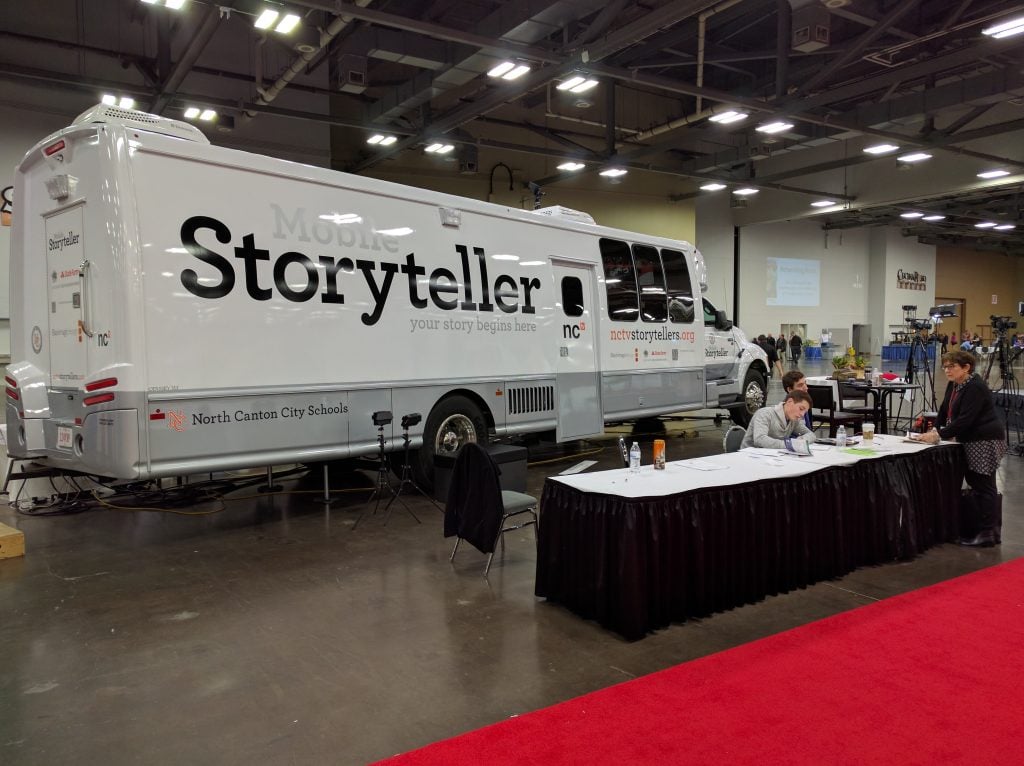 Students at North Canton City Schools use the Mobile Storyteller bus to shoot and edit video professionally on the go. (Photo by Matt Miller)

Eighteen years ago, Wilson was asked to start a video production program at North Canton. The problem: he had very little equipment, and some of it was broken. (This was way before we could pull an iPhone out of our pockets and shoot video on the spot.)

They added equipment to the program little by little, tapping into funding through local foundations and other grants.

The students also added to their skills. A simple Veteran’s Day video the first year turned into a full-blown documentary about local veterans the next year.

Now, they’ve combined broadcast journalism with video production so the content is as professional as the video quality. They participate in student video competitions. They shoot video at various events and display their work on their website — nctvstorytellers.org.

Wilson’s students study video production and broadcast journalism. But elements of what they do can be used in most classes, in a variety of classes and grade levels. 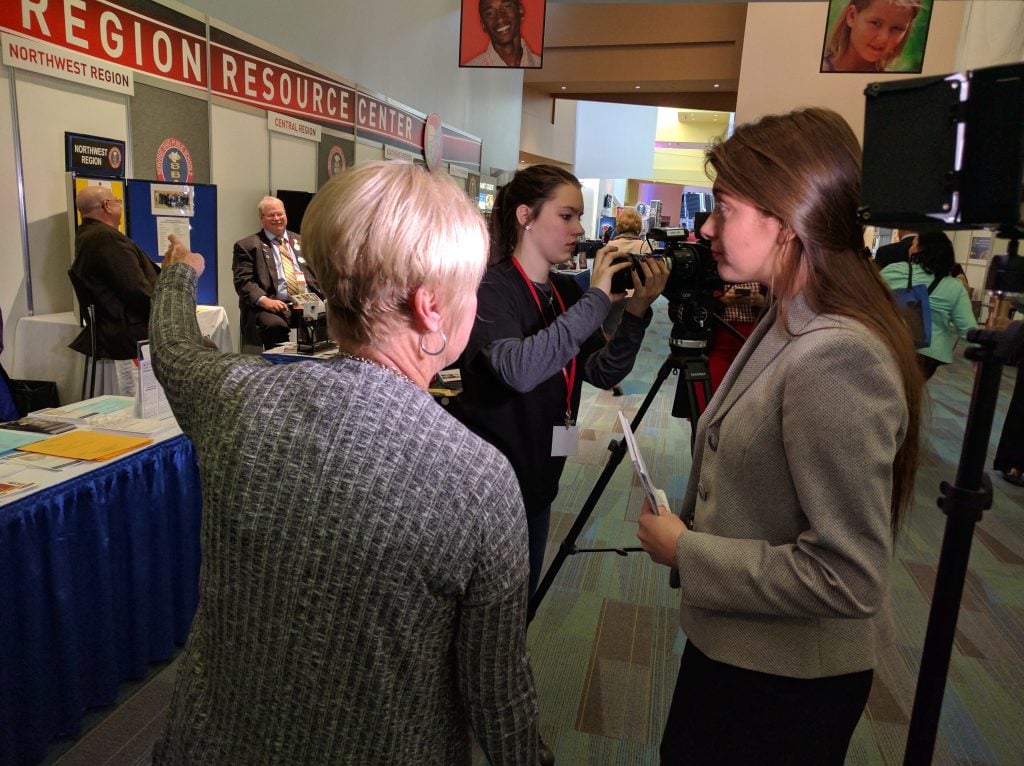 I attended the Ohio School Board Association’s annual conference in Columbus, Ohio, and got to see these guys in action. These North Canton City Schools students buzzed around the event, conducting interviews and shooting “B roll” for videos on their website while others edited video in the bus.

I watched these students do their work and it dawned on me: what they’re doing can be done in so many classrooms. In the four core subjects, for example:

Tips for teachers and students

Wilson and Josh Branch, a partner from neighboring Plain Local School District in Canton, Ohio, made these suggestions for any teacher that wanted to incorporate video and storytelling into their classes:

[reminder]How have you used storytelling in the classroom — with video or without? What is important when helping students tell stories?[/reminder]

24 ideas for creating a discussion-rich classroom